A few years ago I wrote a groundbreaking exposé about the chicken uprising that was beginning to take hold in America. In it, I predicted a future in which chickens would eventually invade our homes, take our jobs and lead our country.

While the chickens have not yet reached global domination, yesterday my daughter mentioned that “everyone in my kindergarten class has chickens.” So I think we can all agree it’s just a matter of time.

We can wait to murdered by chickens, OR we can turn our attention to an even more urgent threat that keeps me up at night – ROBOTS.

Holy hell have you seen the footage of these creations? They can walk, talk, do backflips, open a damn door and WALK RIGHT OUT.

While tech nerds may be celebrating in the streets, I say Hell No. I am cool with robots that can vacuum or help me spell hard words like ‘diarrhea.’ But robots that can enter my home, beat the crap out of me and then shut the door behind them on the way back out? I’ll pass.

There is only one species that is fearless and ferocious enough to protect us from the looming robot takeover.

Think about it. They are cunning, unassuming, and everywhere. If we train chickens in basic combat, they can wipe out the robots AND ensure we never run out of eggs. 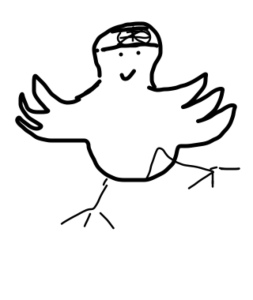 Honestly chickens are so bossy I think they’ll take matters into their own hands once they hear about robots anyway, so we might as well become their allies before it’s too late.

Clearly this is the only solution to the #1 problem our country is facing right now.